designs of six- and 12-fold rotational symmetry from anamorphosis

I am extending the work presented in the last post. I use the ideas of “Stampfli-tiling and related designs from waves“. There I started with two different wave functions. They both make up hexagonal lattices, but they are rotated by 90 degrees with respect to each other. Drawn separately in green and magenta there appeared white spots, that approximated the quasiperiodic Stampfli tiling. The sum of the two wave functions and other combinations to control hue and brightness gave more interesting images.

Here, I use some input image. The two wave functions serve as x- and y-coordinates that give us a point in this image. Its color is then used for the pixel in the new picture. Thus we get many anamorphic images of a part of the input image. The  result depends strongly on the structure of this image. If it has mostly horizontal lines as in a landscape then its colors depend mainly on the y-coordinate and we get an approximate hexagonal pattern. However, images with diagonal stripes such that the colors result from the sum of the x- and y-coordinates give a quasiperiodic design with 12-fold rotational symmetry. Two-color symmetry upon rotation is also possible.

Obviously, this anamorphic imaging is simply a very general way of combining the two wave functions to get a quasiperiodic design. A sample result: 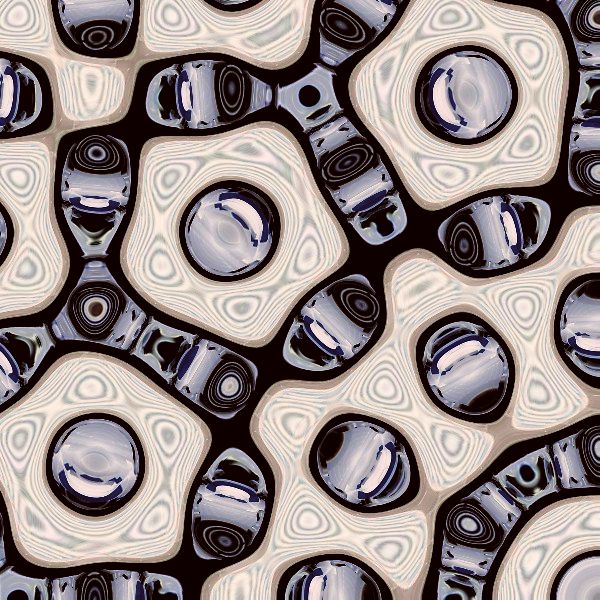