Doubling the semiregular tesselation of hexagons and many triangles 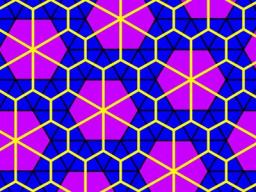 Tesselation of hexagons and triangles. The yellow lines show its generating grid.

We then proceed as before and take two grids, rotated by 90 degrees with respect to each other. Then we let the computer build the dual of the combined grid. This gives us a quasiperiodic tiling of 12-fold rotational symmetry. It took me a lot of time to find a part of tiling that shows a nearly perfect symmetric part: 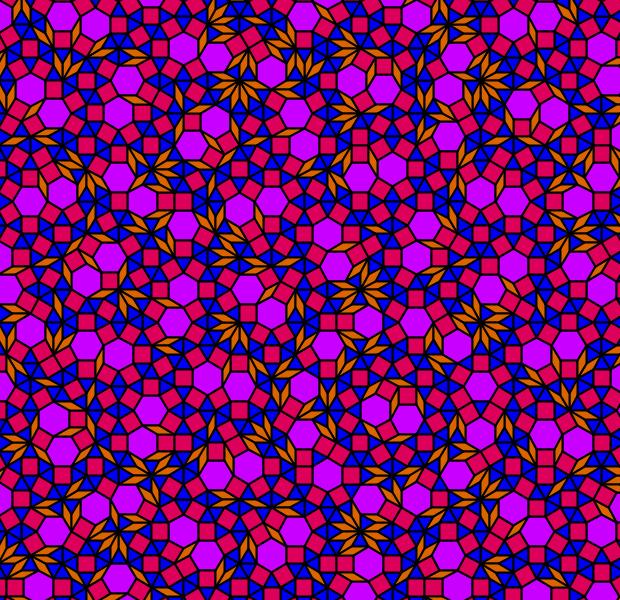 Quasiperiodic tiling of 12-fold rotational symmetry. At the right below the center is a center of high symmetry.

There is no classical exact 12-fold rotational symmetry. But you can take any finite part of the tiling and you will find exactly the same image rotated by 30 degrees somewhere else in the tiling. But this tiling is not mirror symmetric. If you take a sufficiently large part you will not find its mirror image anywhere in the tiling. Note the pairs of rhombs that seem to swim counter-clockwise around a common center.

This entry was posted in Tilings and tagged dual tesselation, enantiomorphic, quasiperiodic Tiling. Bookmark the permalink.