Alternative decomposition of the rhomb without the octagon.

In the last post a presented a rather complicated iteration scheme with squares, rhombs and octagons. We can do without the octagons because an octagon can easily be decomposed into squares and rhombs. Unfortunately, this decomposition lacks symmetry. In this example, I use the most symmetric decomposition of the rhomb. The decomposition of the square remains the same as before. To make the image somewhat more appealing, I use two slightly different shades for the tiles. Thus I get:

Tiling with eightfold rotational symmetry made of rhombs and squares which is not equivalent to the Ammann-Beenker tiling.

Note, that now the tiling has changed entirely and has a much more dynamic appearance than the tiling of the last post.

Symmetric decomposition of a rhomb with a gap at the center.

To get something more symmetric we can just replace the octagon by four rhombs, leaving a large gap at the center. This results in a fractal design with eightfold rotational symmetry: 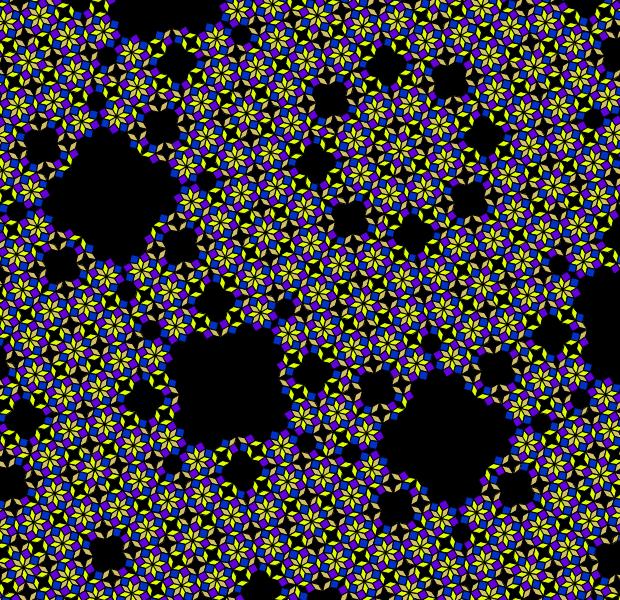 Result of the iteration scheme using a symmetric decomposition of the rhomb with a gap. The gap results in holes of different size and fractal shape.